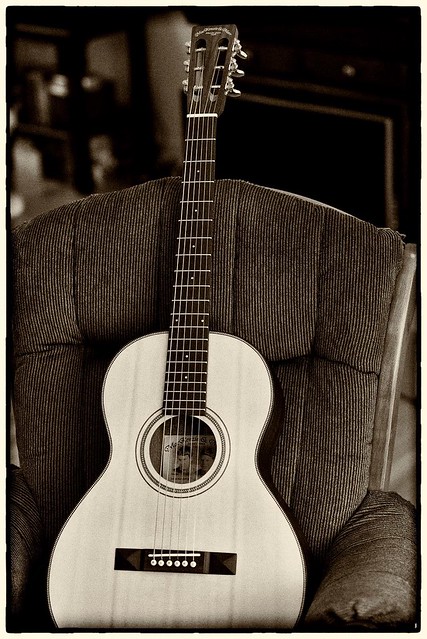 It’s been a good run–well over 200 posts–but I think it’s time to hang up my spurs as a blogger. The truth is, as I age I’m less interested in writing blog posts and fewer people are interested in reading them. At one time blogging, as much of the Internet, was new and fresh, but today blogging seems a bit stale, with the exception of those who write specialty blogs. The generalist has been left behind in the way small towns have been forgotten in the migration to cities.

I would very much like to thank those of you who took the time to read my musings. Your comments and feedback have helped me along the way. If you’re interested in staying in touch, you’ll find me on Facebook.

In fact, Facebook has become my new equivalent of blogging. On Facebook I can post and repost interesting articles, thoughts, and humour, and it reaches more people than Silver Bullets ever could.

My activity on Flickr will pick up now that winter is finishing and it’s comfortable to get out with my cameras again. I also keep a modest set of scientific and engineering images in Pinterest.

Reading and music occupy much of my time these days, especially guitar playing. A new MacKenzie and Marr parlour guitar (Opeongo model) is my latest acquisition.

So, in all probability, this is my last post. I leave the door slightly ajar because … who knows? Thanks again for taking the time to read my posts. I feel I’ve been at sea, drifting on the currents and tides and going where the wind blows me. The past six months have been filled with reading and the study of math, but very little writing, with the exception of my personal journal.

What I’ve been lacking are projects, other than working in the garden. I’ve not worked up any photo projects or writing projects for some time. There are times in your life when you just aren’t ready to undertake any and this has been one of those times for me.

Lately, though, the writing urge has returned and, with the spring flowers, the urge to take photos. I just finished an article for Small Print and I’m looking at some of my dormant writing projects to see if I want to resurrect any of them. I’ve also been taking the guitar out of its case more often, building a new set of calluses for playing.

The highlight of the spring was a family visit I made to Arkansas to see my brothers Jim, Howard, and John, and my sister Lori. They were all looking good and we laughed and overate with abandon.

Next time I’ll talk a little more about Small Print magazine and my role in it. For now I’ll just say, it feels like the ship has come into port and I’ve been granted shore leave. I had a different entry ready to post today, but after watching the inauguration of US President Barak Obama, I thought it more appropriate to acknowledge this fundamental change in American politics.

I have little to add to the extensive media commentary about today’s event other than I thought his speech was feisty and deep felt.

Two things in his speech struck a deep chord in me:

I don’t know how realistic it is to expect major changes, but he has brought hope, and that’s a major change after the Bush era.

I went through school before the ‘new math’ arrived. Grades 1-12 focused on arithmetic, including the rote memorization of the multiplication tables, which occurred in Grade 3. I don’t recall a lot of specifics but I remember being bored to tears by arithmetic homework. As the grades progressed the columns of numbers to add became deeper, and long division got … longer. (Electronic calculators hadn’t yet been invented.) By Grade 8 I was sick of the whole thing, despite getting straight A’s. Looking back, I rather wish some of that ‘new math’ had trickled into our curriculum for at least Grades 7-8.

Then I graduated to high school and landed in algebra class. I couldn’t believe it. Math was suddenly exciting and novel. Solving equations for those mystery numbers, the x’s, y’s, and z’s — I was blissed out. I fell completely and totally in love with algebra.

Second year high school brought plane geometry. I had a sense of distrust about geometry before I even took it — a foreboding that it was going to be supremely boring. The prophecy was fulfilled. I intensely disliked geometry, even while acing the course.

Third year high school: advanced algebra. Back to my first love and it was sweet. The equations got tougher but deliciously solvable and I enjoyed the ‘story problems’ — like the ones about trains going different directions and speeds and where would they meet? My greatest high-school achievement was scoring 100% on the advanced algebra final exam.

Year Four was different. Being university bound, students in Year Four math received a hodgepodge of more advanced maths, including spatial geometry, trigonometry, and calculus. Spatial geometry surprised me. It was fun — more like problem solving than memorizing axioms. Calculus was exotic, and scary. But Trig, my oh my, trig hit me the way algebra first did. It was amazing.

Sines, cosines, tangents, arcs, radians, and all those wonderful Greek letters — all the Φ’s, Θ’s,  Δ’s, and Σ’s that replaced the x’s, y’s, and z’s of algebra — great stuff. I’m not sure why this has resurfaced in my memories after all these years, but for me, at the time, it was a heady experience.

Now if all this makes you think I must have been a real nerd, you’d be very close to being exactly right. Almost. But the strange thing is that despite my science/math orientation (I was going to become an engineer), my best subject of all was English. And that world was less nerdy and more explorative of the human condition, which for high school nerds, meant getting to talk about poems and novels with some of the school’s very pretty girls.

Things changed when I went to university. I started out as an Engineering student, but was doomed from the start: I bought a guitar and learned how to finger pick. I began learning Bob Dylan, Phil Ochs, Peter Seeger, and Tom Paxton lyrics.  I became a folk singer. It was life changing.

In second year university, to the amazement and total bafflement of my older friends and family, I switched majors to English. I never looked back, and never had a moment’s regret.

But I still recall the thrill of trig.

P.S. If you ever loved trig, you might find this enjoyable: Dave’s Short Trig Course