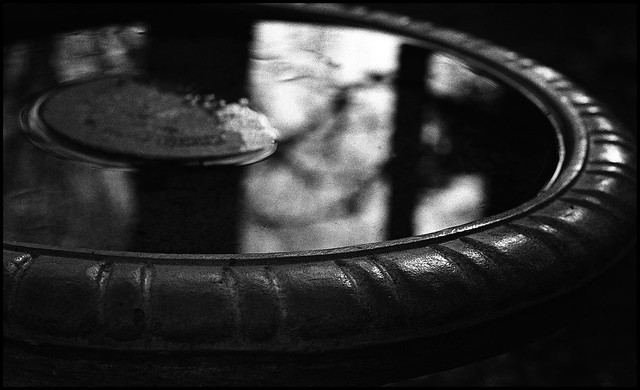 Vignetting a photograph simply means making the edges and corners of an image darker or lighter than the rest of the image. With subtle vignetting, the treatment subdues the background, leading the eye to the foreground. Heavy vignetting, especially dark vignetting, can create dramatic images.

Vignetting is nothing new and, in fact, many film cameras with less than superb optics, like the original Holga and most box cameras, vignette the corners of an image as part of the capture. I once owned a venerable Olympus XA 35mm compact camera whose signature look was darkened vignetted corners that looked terrific for street photography.

However, most of today’s digital cameras have excellent lenses that suffer very little optical vignetting, so to get the effect we must rely on post processing in an editor like Photoshop, Photoshop Elements, LightRoom, or Gimp.

There are many ways to achieve vignetting, which is great because it allows you to choose which method works best for a particular image. And, of course, vignetting works for both B&W and colour photographs, but vignetting, especially dark vignetting, has a special place in B&W photography. If you visit an exhibit of modern black and white photographs you’ll often see images that are purposely dark with heavy vignetting to create bold visual statements.

Many B&W images look better with a touch of vignetting to draw the eye to the centre of the photograph. There’s a fairly simple technique using layers and the Elliptical Marquee Tool (as it’s called in Photoshop). This technique is applied after the rest of the post processing, such as cropping, contrast adjustments, sharpening, etc., has already taken place. It’s the final stage of getting a photograph ready for sharing.

We’ll begin with an image that’s almost ready to go and we’ll add a duplicate layer to the image, 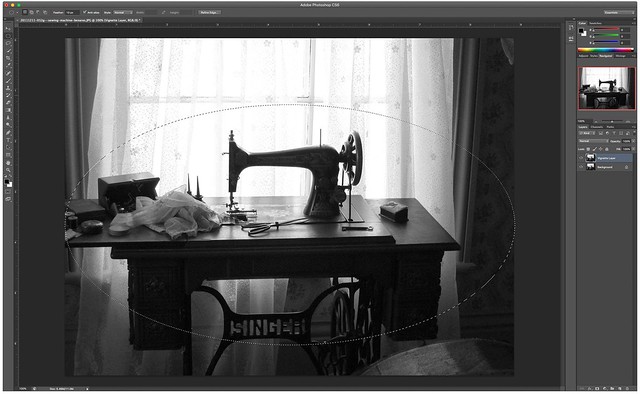 and as you can see, I’ve drawn an oval over the centre of the image and have set Feathering to 10 pixels. Feathering creates a smooth transition from the centre of the image to the vignetted area. Now we invert the oval selection (Select > Inverse in Photoshop) and use the Levels mid-range pointer to slightly darken the inverted selection. This gives us a fairly subtle result: 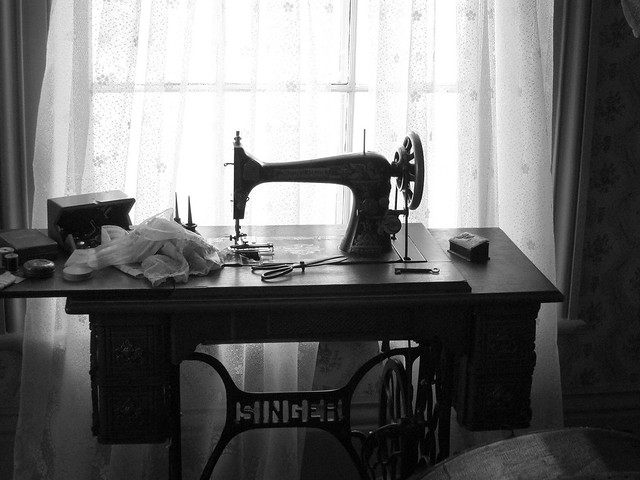 You need a light touch with this method or the oval area will be apparent and look artificial. You can also increase Feathering to 50 or 100 pixels to get a smoother transition between the vignette and the centre of the photo.

Another classic method of creating a vignette is with the Gradient Tool on a layer. To explore this method I’ll use this converted B&W shot of ornamental kale as the starting point: 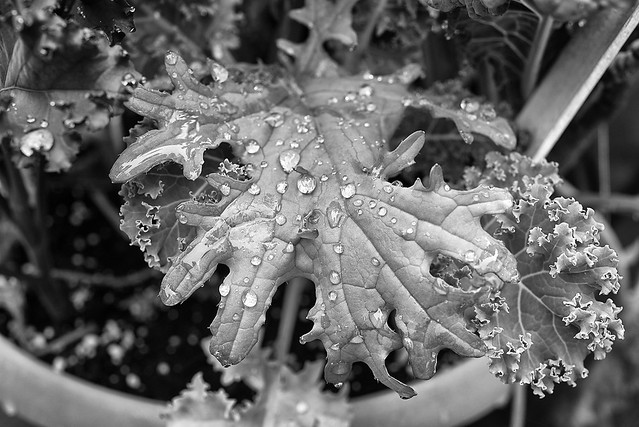 The centre of the image showing the kale with raindrops has promise but the rest of the image makes it look cluttered. To fix this create a duplicate layer and then choose the gradient tool.

This is a non-intuitive tool to use until you get the hang of it. Check the attributes of the tool and select the circular pattern (second from the left in Photoshop), and make sure Reverse is clicked on. At this point, click the left mouse button on the centre of the image and drag a line to the right of the image, going even beyond the right edge of the photo. If you’ve done it right, you’ll now have something that looks like this: 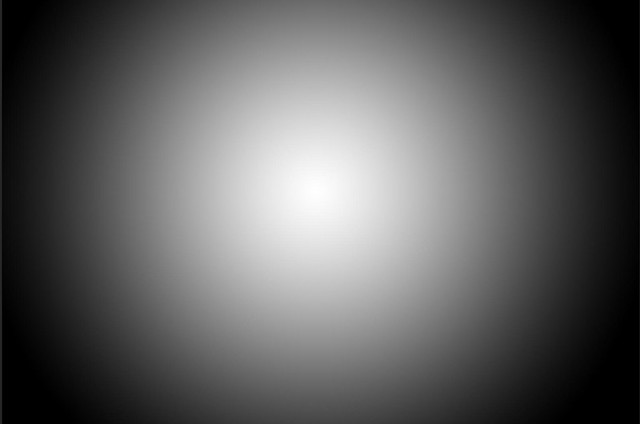 It may look alarming, but it’s okay. You can see how the gradient goes from white to black in a fairly smooth transition between the tonal zones. Next, in the Layers Palette, change the overlay type from Normal to Overlay. The result will look like this: 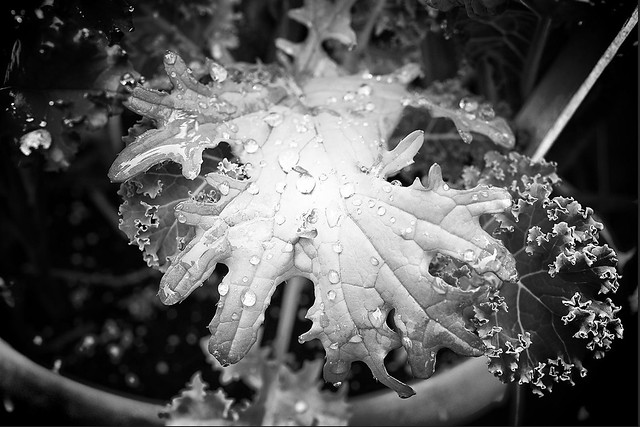 This is much closer to what we want as a finished image, but in the process of darkening the corners and edges, we’ve created a hotspot in the middle of the image. To restore the hotspot, the bright portion of the image, to what we previously had, create a Layer Mask and use a black paintbrush to brush out the lightness, returning that part of the image to our starting point. 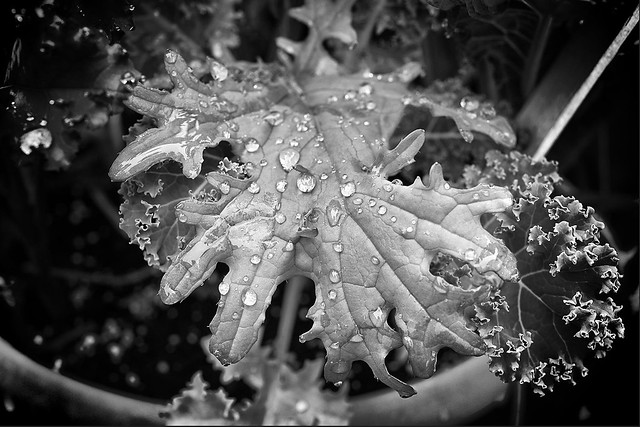 With a final bit of tweaking with Levels to darken the blacks we end up with an image that is more satisfying than our original starting point: 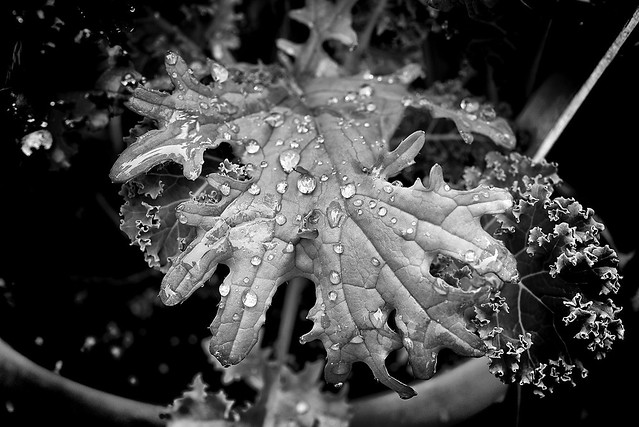 Let’s have some fun with method 3, which I call “Artsy.” We’ll start with an image that, while it has promise, needs help to bring it out. Lots of help. Drastic help. 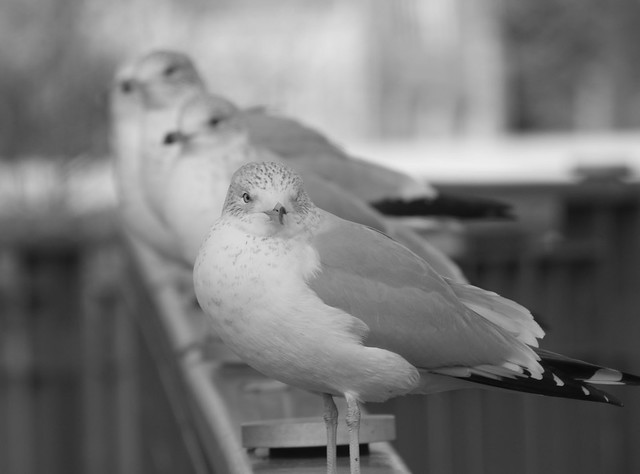 The image is soft with a lot background distraction and needs a serious contrast boost, but it has the potential to make a good photo.

This time, instead of making a duplicate layer, create a Fill Layer which in Photoshop is done with Layer > New Fill Layer > Solid Color, and select Gray. What you now get is an opaque black layer over the entire image. In order to see what we’re doing, go to the Layer Palette and change Opacity: 100% to Opacity: 50%. This is fussy work and you may make plenty of mistakes along the way which you can correct by changing the colour of the Brush tool to white and painting over any stray areas. How much you want shown in the final image is entirely up to you. For this one I ended up with a less cluttered, more dramatic result: 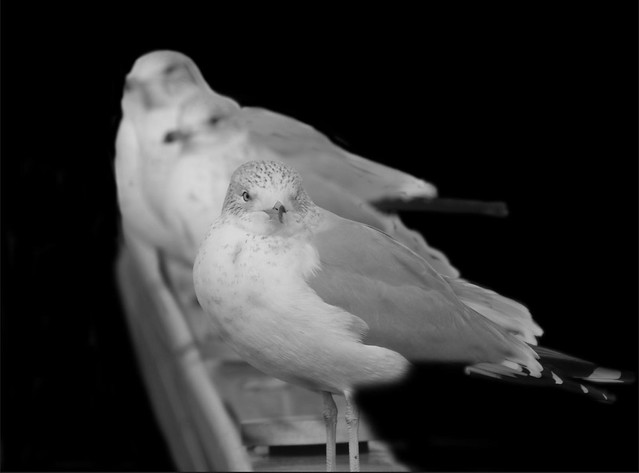 This is getting close to what I was after, but it needs more contrast and some sharpening. When that’s complete my final image looks like this: 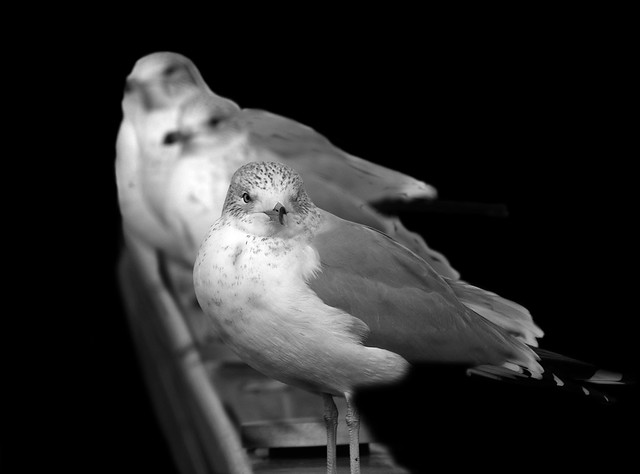 while not perfect, it has far more punch than the original. Obviously you wouldn’t want to do this much work for most of your B&W shots, but it’s another technique you can use when you need it. It can work really well for a shot like this: 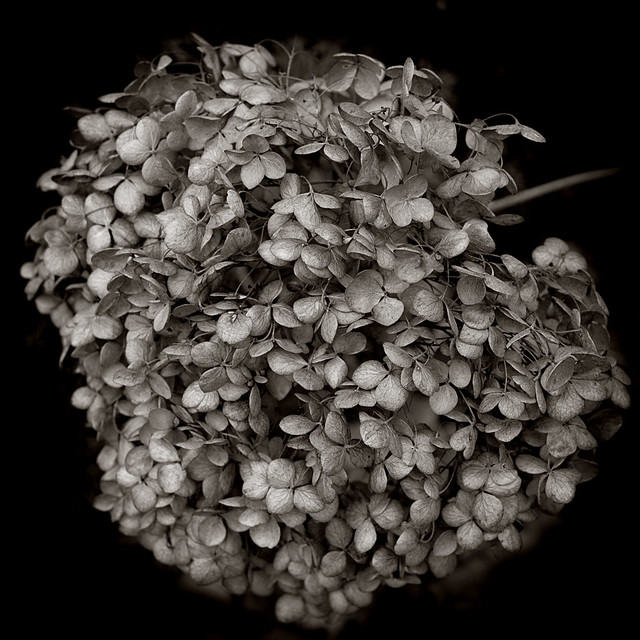 Next time, in the final installment, we’ll look at actions and plugins that can make a lot of what we’ve covered in the tutorial easier and faster.